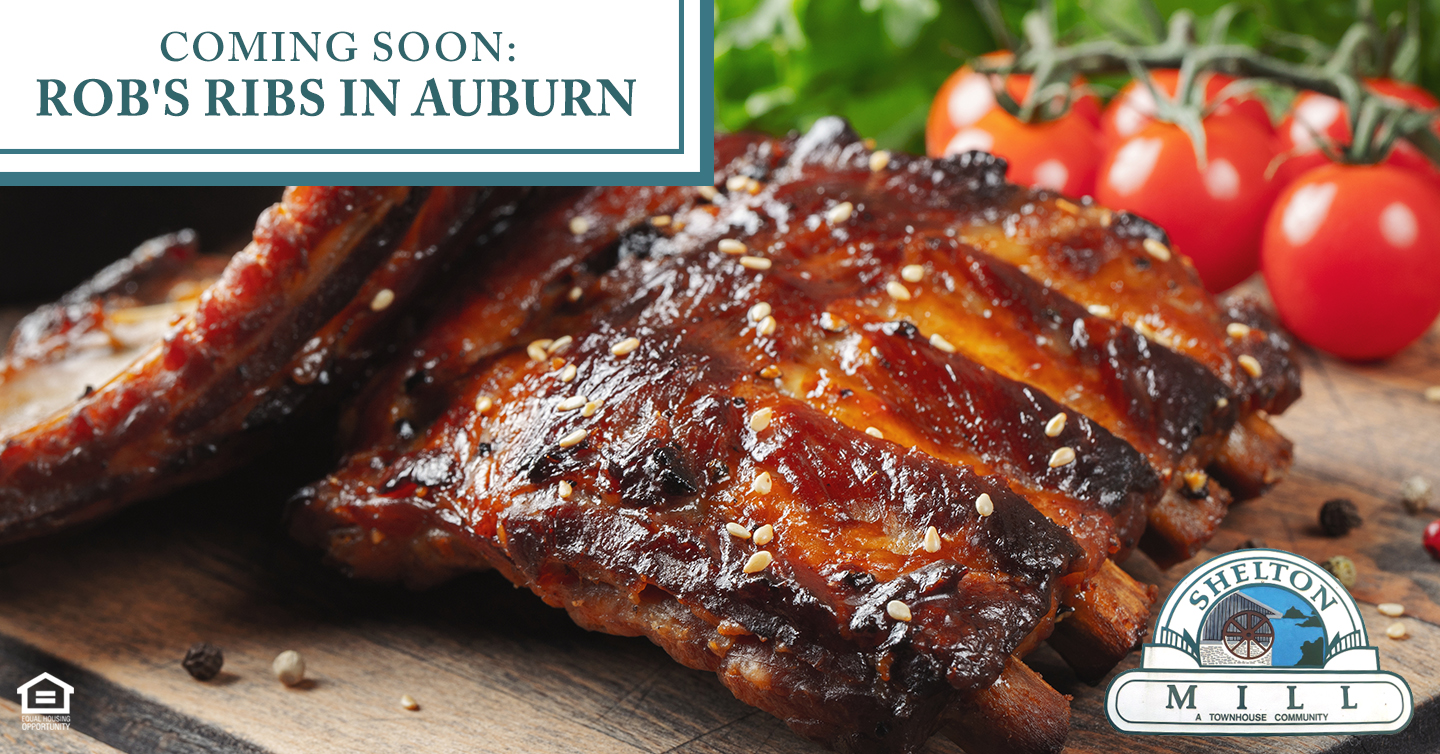 In a few short weeks, local BBQ enthusiasts will have the chance to experience a familiar, yet new, kind of this Southern staple in downtown Auburn. Rob’s Ribs in Auburn announced via Facebook they are planning to celebrate a Grand Opening in April!

Rob’s Ribs in Auburn is the idea of the hardworking BBQ experts behind Butcher Paper BBQ in Opelika. With plans to open next month in the former Mike and Ed’s building at 307 N. College St., things are really smokin’!

The menu will be an expanded version of Butcher Paper’s menu. There will be a full bar and a late-night bar menu plus Butcher Paper fan favorites like the BBQ plates and sandwiches with a side of smoked mac-n-cheese. Rob’s Ribs in Auburn will also offer the usual breakfast, lunch and dinner options.

Stay up-to-date on the progress and specifics by liking the Facebook page!

Since Rob’s Ribs in Auburn is related to Butcher Paper BBQ in Opelika, here’s a little history. According to the restaurant’s website, it was a labor of love and work in progress dating back to 2015. What started as a passion for traditional wood smoked BBQ and all the fixings became something more.

Owner and Opelika native Mark Coxwell went from backyard BBQs to a food trailer to brick and mortar within three years. First, family and friends could not get enough of the perfectly-smoked meats like brisket, pork and chicken. Then, there’s the signature rubs and sauces. Paired with sides like baked beans, Brunswick stew, coleslaw and potato salad, it’s BBQ paradise. It’s not surprising the food was a hit!

Having officially opened in September 2018, Butcher Paper BBQ finds itself evolving in three years yet again!

If you can’t wait these last few weeks to chow down, then head to where Rob’s Ribs in Auburn is rooted—Butcher Paper BBQ! Located at 128 Columbus Pkwy. in Opelika, doors are open Monday through Saturday from 7 a.m. to 8 p.m. They are open for dine-in, carry out and delivery with the Waitr app.

Auburn continues to expand, and local businesses continue to offer something unique to residents and visitors alike. The same goes for the established and family-friendly neighborhood at Shelton Mill Townhomes. Like Butcher Paper and Rob’s Ribs, we have the traditional favorites with a few extras like a tennis court, basketball court, pool and playground. Find out more about life at Shelton Mill Townhomes and the Auburn-Opelika area by reading our blogs.